This visitor centre presents and interprets the Neolithic monuments of Newgrange, Knowth and Dowth. The extensive exhibition includes a full scale replica of the chamber at Newgrange as well as a full model of one of the smaller tombs at Knowth. For more information, visit www.newgrange.com or contact (041) 9880300.

The Hill Of Tara

Known as Temair in gaeilge, the Hill of Tara was once the ancient seat of power in Ireland. 142 kings are said to have reigned there in prehistoric and historic times. In ancient Irish religion and mythology Temair was the sacred place of dwelling for the gods, and was the entrance to the otherworld.

The Hill of Ward

Located just outside the town of Athboy, the Hill of Ward is known as being the birthplace of Halloween. Samhain, the ancient Celtic Festival that we now call Halloween, originated here in County Meath more than 2,000 years ago. Samhain marks the end of the old Celtic Year and the beginning of the New Year. The Celts believed that this was a time of transition, when the veil between our world and the next came down, and the spirits of all who had died since the last Oíche Shamhna (Night of Samhain) moved on to the next life.

One of the main spiritual centres of the ancient Celts was located on top of the Hill of Tlachtga, now called the Hill of Ward. The druids felt that this world and the otherworld were closest at Tlachtga and it was here that the festival of Samhain, or Halloween, was started. The old year’s fires were extinguished and, after sunset, the ceremonial New Year Samhain fire was lit here. Torches were lit from this sacred fire and carried to seven other hills around the county including Tara and Loughcrew, and then on to light up the whole countryside.

Today, the old Celtic ceremony at Tlachtga has been revived and we mix the ancient past and the twenty-first century with a re-enactment of the Celtic celebration starting with a torch lit procession from the Fair Green in Athboy, Co. Meath to the top of the Hill of Tlachtga, at 7pm on October 31st each year.

This magnificent castle was built in 1173 and has stood the test of time superbly. Trim Castle was used as an important location in Mel Gibson's Braveheart, a Scottish epic. 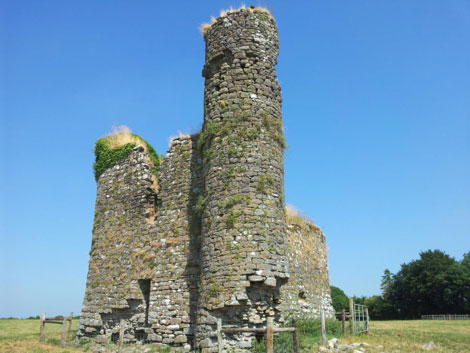 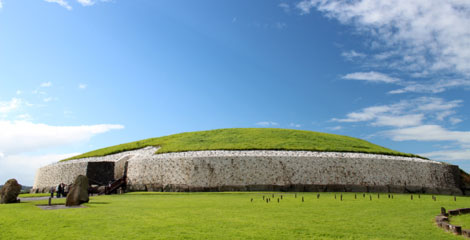